5th Grade Novel Ideas for a Friend: also known as finding a needle in a haystack

So, a very good teacher friend of mine is heading back into the classroom after several years as an instructional coach and she asked me to compile a list of 5th grade novel ideas for her.... talk about sending me into a giant haystack. 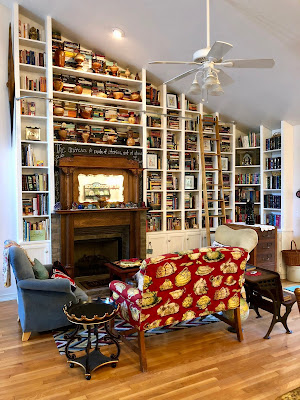 Just to give you an idea... here is my current bookshelf, made up of 90% children's literature. Mind you, that doesn't include four other bookcases of 'to-be-read' and professional books. Yes, I admit to having a problem... Considering the Lexile band of 770L-1080L for 5th, while also thinking about topics and standards in social studies and science, I have a small list of quick ideas...


Dear Jennifer,
Here’s my two cents on novels if I were going back into a 5th grade classroom:

Even though the kids are in 6th grade, I like The View from Saturday

because it is set in Florida and involves turtle conservation, a math competition, and building a community of learners from misfits (870L). Others prefer the same author’s From the Mixed-Up Files of Mrs. Basil E. Frankweiler,

but I got kind of bored with it and when that happens, I have trouble getting kids interested too (can’t do my song and dance).

Another great realistic story set in Florida is Hoot

. It’s also an environmental tale and an action (sort-of) adventure, where the kid protagonist has to become an activist for endangered Florida burrowing owls (I had these in my yard in SoFla!) Also works well as social studies tie-in (760L).

is a hilarious comedy who-done-it about a hippo that turns up, well… belly up. Fun read that kids like (820L).

Because of Mr. Terupt

(and they just made a movie), but I think it’s overly done, especially now. I suspect you'll have some colleagues telling you to use it. I wouldn't (again, my two cents).

You mentioned Freak the Mighty

and I agree that it is a great 5th grade title, especially for discussing learning styles and differences. It also has a sequel. The Lexile is a solid 5th grade at 930L

Although it is a slow start and requires some ‘play up,’ I adore When You Reach Me (750L). The ending is one of those books with a GIANT “ah ha” that makes you want to go back and reread the whole thing over again! ....
*edit: Without giving it away, I just realized that this book is actually SciFi because of that "ah ha" ending!

Fantasy / SciFi/Animal Tales:
A rousing fantasy (with two more books after you get them hooked) is The False Prince

. It’s extremely engaging for most readers as a young orphan turns out to be….. I won’t give it away. There’s bad guys and a love interest (very sweet, not too mature). Also well-written, but I think it has a cuss word or two in it (710L). Since I know you're not one of those who don't read/plan before reading with kids this should not be an issue ;-)

Mrs. Frisby and the Rats of NIMH

holds a very special place in my heart so I might be jaded, but the political implications of animal testing and societal structure in this one makes for great discussions (790L).

is not only super engaging, there is a free audio version of Mr. Gaiman reading it aloud that is super cool. This was a surprise Newbery winner - as not the stuffy old librarian type of winner. Begins with a murder, has vampires, ghosts and a little orphan boy raised by the spirits in the graveyard (820L).

is good for discussing planetary resources/conservation and is also a good introduction to dystopia genre, but 680L is on the lowered end of cognitive load.

Some people think introducing The Giver

in 5th is okay, but I have always felt that even though it’s Lexile is lower it’s reader task load is much more difficult (the difference between free will/love and a society of safety). It’s 760L, but that is soooo misleading.

I used to use Tuck Everlasting

because of the amazing theme concerning what constitutes a life well-lived, but it is super slow to start and requires a pretty mature reader to both hang in there and to get it’s deeper meaning (again, 770L is misleading).

Because you are a numbers gal, Jenn, you might enjoy reading The Phantom Tollbooth

with them. It’s 1000L and has a big cognitive load with all sorts of word play, puns, idioms, vocabulary galore. Kids love it, but it takes some work to help them “get” them all. Probably better at end of year when you know your kids better.

An entire unit on Roald Dahl would be a fun fantasy genre project, perhaps as literature circles. Reluctant readers use Twits or Fantastic Mr Fox with James & Peach, BFG, Wonka, Matilda or my personal favorite, The Witches, for others.

And….. because this generation is fairly removed from it, I might even do Harry Potter and the Sorcerer's Stone

. You know how I feel about that book! Themes include friendship, bravery, standing up to bullies, doing what is right even when it is hard, …. Well, I better stop ;-)

. Period. Lexile 550L be damned. I cry just reading the opening sentence so I'm not even certain that I actually COULD read it with kids (I can’t make it through Sadako and the Thousand Paper Cranes

either and I once had to have a student take over for me as I lost it - Thank you to Kristina who is now all grown up, nearing 30 years old, and a Facebook friend). If I didn't use this book for instruction, I would most certainly find read aloud time. We need art, we need love, we need animal rights, we need amazing examples of stellar writing.... oh, how I love this book.

is also special to me because it takes place in my little hometown. Lest you think that jades me, it's by Richard Peck (Newbery winner) and is hilarious. It has one of my very favorite opening lines, "If your teacher has to die, August isn't a bad time of year for it." Great social studies topics on how we went from an agrarian society to an industrial society at the turn of the century (750L).

is typically a 4th grade pick due to 650L, but it is EXCELLENT for when you are doing WWII unit in social studies. If they haven’t read it, I’d skate that one into a social studies unit.

Also great for social studies integration (and now with 2 sequels for their later pleasure), is Chains

(780L). I love how both slavery and the Revolutionary War are interrelated. Also good for talking about making difficult choices.

Nonfiction:  I Am Malala: How One Girl Stood Up for Education and Changed the World (Young Readers Edition)

is getting all the buzz (kid version, of course), but I honestly haven’t read it (830L). I'd want to make sure it wasn't too much for 5th graders first.


Here are some titles mentioned by teachers, librarians, websites that I believe to be better suited to individual recommendations rather than whole class reads (definitely try to have these available to kids):
I adore The Tale of Despereaux: Being the Story of a Mouse, a Princess, Some Soup, and a Spool of Thread

, but it’s difficult to get many kids into, so it might work better for some rather than all.

is great for short read-alouds while waiting (keep one of the three books on your person at all times!)

Really nice fantasy tale that won 2017 Newbery: The Girl Who Drank the Moon

Ok,  I am losing my patience with tagging them all so, off the top of my head others you should be thinking about for your class libaray...
The Wild Robot,  Pax,  Out of My Mind,  Chasing Vermeer,  Because of Winn Dixie,  Counting by Sevens,  Artimis Fowl Series,  Percy Jackson series,  Escape from Mr. Lemoncello's Library,  Charlotte’s Web,  Among the Hidden Brown,  Girl Dreaming,  Where the Mountain Meets the Moon,  Strange Case of Origami Yoda Series,  The Hobbit,  Fablehaven,  Gregor, the Overlander, Diary of a Wimpy Kid series (ugh, the snark!),  Dork Diaries series (girls get snarky too),  A Long Way From Chicago,  Princess Academy,  Miraculous Journey of Edward Tulane,  Al Capone Does My Shirts,  The Iron Trial,  War Horse,  Circus Mirandus,  Tuesdays at the Castle,  Chomp (goes with Hoot well), Home of the Brave, The Wednesday Wars, The Night Gardener ,One Came Home, The Hero’s Guide to Saving Your Kingdom, Lions of Little Rock, The Tiger Rising,  Serafina and the Black Cloak, Ender’s Game ,The Mighty Miss Malone, Countdown, Coraline,  Hello, Universe (newest Newbery)...

I have to stop. The day is getting away from me…

Some classics that I am kinda’ “meh” over, but others like: Holes, Hatchet, Island of the Blue Dolphins, Bridge to Terabithia, Anne Green Gables, Frindle, Lion, Witch, Wardrobe, Dear Mr. Henshaw, A Long Walk to Water, Esperazana Rising (great multicultural title), Walk Two Moons, Witch of Blackbird Pond, Out of the Dust, Bud Not Buddy, My Side of the Mountain, Where the Red Fern Grows, Maniac Magee, The Secret Garden, The Westing Game, Shiloh, Black Beauty, Indian in the Cupboard, Wizard of Oz, Julie of the Wolves ,Wrinkle in Time (would have been up top if not for recent movie; I always tried to stay away from current movies, BFG might be another issue with that)...

I wanted to do a section on picture books to use as anticipatory and engaging way-in books, but perhaps that's another post for you my friend. Maybe I'll come visit your classroom and be a guest reader from time to time as all this talk is getting me excited to leave this infernal computer and read!