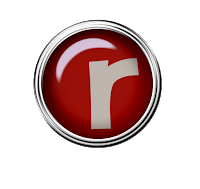 A discussion is brewing over the lack of parents reading aloud to their children. I happened upon the brouhaha at the wonderful blog of Jen Robinson (Kid Lit promoter extraordinaire!). It seems some fancy studies have been conducted to tell those of us in the education field something we already know: nobody is reading to the kids.

After a bit of searching, I found that Google has Timothy Rasinski's The Fluent Reader as part of their online free library. There's also alternatives to old fashioned round robin reading HERE. Why, my own soapbox rant on fluency and the use of recorded stories was the second link. Need more research? Here & Here. And though, RIF has a fantastic article telling parents why this effort is so important, it doesn't solve the dilemma: not enough parents are reading to their children.

I'll take it a step further and say, not only are they not reading enough to their children, they're also not discussing stories with them! I can tell you, as can most teachers, that fluency is a real problem right now. Students don't know what words, sentences, stories are supposed to sound like. We don't need a study to tell us what we can observe firsthand. And for the parent reading who wishes their child's teacher spent more time reading aloud, something I also wish, one has to understand the rush of curriculum into a small patch of day that prevents unrestrained love of story in a classroom setting.

But the real question is how do we promote a change?

It'd be easy to assign the blame to the lower socio-economic crowd and throw some government funds at promoting literacy in those neighborhoods, but the Lexus driving soccer Moms aren't reading to Johnny at night either. Believe me. I taught for years in a high socio-economic neighborhood. They all owned a Harry Potter book, but nary a one had read it with the kids.

How do we go about slowing people down enough to see the joys, benefits and immeasurable pleasure they'll get from cuddling with a book and their baby? Has society grown so selfish and so driven they're incapable of tasting the sweetness of small pleasures?

See what I had to say about The Graveyard Book: HERE

I've included this review from my book commentary site here as I believe it has significance for reading / English educators:

I rarely want to read books about reading books. I’d rather be reading a book. And, as the wife of a retired military man, I shy away from books with a political slant toward the military. Yet something in Soldier's Heart: Reading Literature Through Peace and War at West Point

made me decide to pick it up and once I observed the clear, yet poignant, writing style and respectful even-handed look at the soldiers themselves, I was hooked.

Any teacher hopes her students will walk away from literature with a greater vision of humanity, but a soldier will carry those lessons to a battlefield, to a foreign village, to a brother as he lay dying in their arms. It has always been one of my guiding educational principles that if a teacher loves her subject, she will impart that feeling to her students. And while they may never love her particular choices, they will certainly better understand the depth of feelings and will seek, for their better selves, subjects that empower and beautify their own lives. Elizabeth Samet LOVES literature. Read one chapter and you will know this. She would have been a fine Lit. teacher at any institution. But that she ended up at West Point is a wonderful thing for both her student soldiers and herself.

Samet inherits some standard liberal-leaning professor attitudes, but does a good job of balancing them with respect for the individual soldier. The prose wanders between mundane and profound in a manner only to lighten the subject. Her teaching choices represent wonderful examples of valor and sacrifice, something certain to be of importance in these student’s lives. And while this book adds credence to the importance and love of literature, it shines best when examined as a study of characters: men and women who make up an easily dismissed war machine, who are much, much more than the sum of its parts. In the end, I forgave Samet any political potshots because her respect for her students shined through her politics.

Lorelei is going to be famous. She may be 11 years old, but she knows that she needs to record her life so that future biographers will have her own words. And since her English teacher tells her that it’s best to write for an audience, Lorelei chooses her recently deceased cat, Mud, to address.

Loreli may be destined for greatness, but her daily life mirrors that of most sixth graders. She’s a middle child, sandwiched between two brothers, and most of her thoughts revolve around friends and school. This would make for a cute telling as Lorelei’s voice is strong and believable, but no life is that simple and the author cautiously moves Lorelei to a realm of angst as her parents fighting turns to separation.

It is interesting to note that author Yeardley Smith is the voice of Lisa Simpson and as a follower of that television show; I saw snatches of Lisa in I, Lorelei

. Lorelei’s smart and gifted. Deep thinking, yet still very much a kid. Perhaps the best part of I, Lorelei

is that Smith never takes Lorelei too low. There’s always a glimmer of optimism, a hope that she’s going to be fine, even when she’s acting the brat over her swiftly changing world.

Though diary formats can sometimes be disengaging, Lorelei’s voice is so confident and honest, we not only easily engage in the story, we begin to love dead Mud too. Pretty good writing to get us to care about a dead character, though credit must be given to the adorable line drawings of Mud.

Recommended for independent readers 8-13, those interested in diary tales, stories of divorce and girls looking for smart & sassy role models. I expect there will be educational supplementals popping up soon for this one.

You can see an excerpt of the book on Harper Collins.

Places with Additional Thoughts:
Publishers Weekly, , The Bluestocking Society, late literacy, She Is Too Fond of Books, Reading With Monie, Rhapsody In Books, Melanie @ Love to Read, Scraptherapy, A Reader's Respite, Bermuda Onion

The Big Bell and the Little Bell

recounts a 50's era song in text and pictures and includes a music CD for added enjoyment. And enjoyable it might be, with vivid illustrations and a positive message, were it not for the silly kitten family addition, pounding moralization and limit in scope.

There are certainly some uses for The Big Bell and the Little Bell,

music teachers would be especially encouraged to have a look, I just wish there had been more meat between the pretty pages.

Buy The Big Bell and the Little Bell Here

Upon opening The World That Loved Books

, one is struck by the vivid collages that spring forth from the page. Based upon the work of master artist Giuseppe Arcimboldo, author Stephen Parlato's artwork is not only stunning, it's unique. Most students will not have seen such intricate and well-balanced collage work. But the title hints at a deeper story...

The premise of The World That Loved Books

is that there once was a land where everything a creature read, because all the creatures there read, became a part of their very being. A beautiful sentiment. But, it falls short on execution. It's not so much the economy of words, that's actually complimentary to the collages, it's the hodge-podge of focus. The text is sprinkled with puns, rhymes and just random thoughts which create a lack of cohesiveness. The ending, about paying a library fine, is lackluster for such a vibrant picture book.

I believe there are some valuable lessons for art teachers and the obvious lesson on creating personal collages for books we've read, but the intricate illustrations would not lend themselves well to a story circle setting. This is a book better suited to one on one interaction.

is an independent reader chapter book by a former English language arts teacher and the first in a series of books about a young girl, Katie, and her friend, Kimble, who just happens to be a ghost.

You can read Chapter 1 HERE, but you can also read the first six chapters from a pdf link (also on the book's website).

Visit A Blog of Books For You where the author discusses leveling children's books.

Visit Paperback Writer for a Q & A with the author.

Visit Books For Kids for a synopsis of the story.

Here's the website for the book. It has reviews, activity pages for teachers/homeschoolers, coloring pages, e-cards AND you can read the first two chapters for free!

Yesterday I caught a snippet of a discussion on NPR relating the jus in bello of the current Israeli campaign into Gaza, what the acceptable amount of civilian casualties are and how America uses its political might to control situations in the Middle East. Pretty serious stuff.

In my typically late to the party fashion, I finally got around to reading The Hunger Games.

All I can say is that right now author Suzanne Collins had better be holed up in her house writing frantically. Not since Pottermania have I so desperately hungered for a sequel. I was enthralled, totally possessed, by each passing page. What a way to begin my New Year in books!

I saw the stellar reviews across the book blogosphere and was excited when my copy arrived, but man, did it live up to the hype. Each new page held a teacher’s treasure trove of ideas. Themes, writing devices, elaborate plot structures, spot-on character investment... the list is innumerable. Science Fiction, Dystopia, Suspense, Reality TV & Romeo and Juliet all seem deficient when describing this action-packed novel.