I've been coveting an Amazon Kindle

for some time, but I keep waiting on Steve to send me an Apple version. My patience is wearing thin after hearing yet another glowing report over on a book blog I read, Bloody Hell, It's A Book Barrage!

As a reading educator, I'm excited about where this might lead. If young adults embrace this with even a third of the zeal they've embraced the iPod, think where reading might be headed. A good reading teacher knows that motivation to read is 75% of the battle, especially with adolescents. With so many electronic/tech gadgets, how can a stuffy old book compete?

Mention the name William Shakespeare and you will conjure many things to many people. But to a teen, one of the first thoughts will be Romeo and Juliet. This is why educators begin units on Shakespeare with that very play. The nature of the beast lends itself well to a hormonally raging mindset.

is no exception to this rule: Six teens (3 Americans - 3 Italians) embark on a summer seminar concerning The Bard. Each brings a unique desire, motivation or pain to the summer. However, their story evolves more like A Midsummer Night’s Dream than Romeo and Juliet.

would be a great jumping off point for beginning a unit on Shakespeare or before reading either Romeo and Juliet or A Midsummer Night’s Dream. While I believe the novel is more attuned to the female mindset, I feel that it could warrant male interest also. It’s interesting to note that there is a real Juliet Club where people send letters to Juliet in Verona, the home of Shakespeare's play. This might be something an educator could use as a writing assignment.

Recommended for those who enjoy Shakespeare, Italian Culture, Romance and for educators wishing for segue into Shakespearean dramas.

Great series over on NPR made even better by my favorite children's literature author :-) 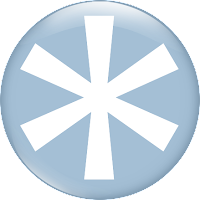 Having previously expounded on my love of all things Lois Lowry, I happened upon a wonderful article today which featured Ms. Lowry. NPR's You Must Read This series is wonderful in its own right; but today, it's even wonderfuler because of Lois Lowry's presence.

Her choice for NPR's You Must Read This is Marjorie Kinnan Rawlings' The Yearling,

Email ThisBlogThis!Share to TwitterShare to FacebookShare to Pinterest
Labels: Authors

Two great contests for teachers... get ready for Earth Day

Gearing up for Earth Day, Scholastic is offering 30 free books and a subscription to their printables library. -----> Here. There are all sorts of 'green' activities for the classroom and a nifty "Greenerator" that runs on the kid's good efforts.

Another ongoing Scholastic sweepstakes for a new iMac for your classroom can be found -----> Here. This is part of the World Science Festival to help educate children around the country about the importance of science and math.

Email ThisBlogThis!Share to TwitterShare to FacebookShare to Pinterest
Labels: Fun 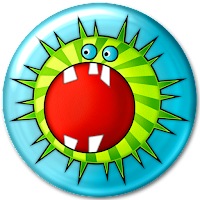 Here is a fantastic reading of Neil Gaiman's poem, "Instructions" by the author extraordinaire himself! This would make a great introductory poem to a fairy tale unit. At the end of the unit revisit the poem and see how many of the instructions were wisely given!

Ophelia is the motherless child of an absent father. To keep her occupied, her father allows Ophelia the privilege of learning alongside her brother, something uncommon in the fourteenth century. When Ophelia turns eight, her father takes a position with the king, moving the family to the castle’s grounds. Life is very different from her small village routine, but Ophelia and her brother soon befriend the similar aged prince. As Ophelia grows into a strong-minded and beautiful young lady, the queen takes note of her many talents and makes her a favored attendant of the court. The prince also notices the beautiful Ophelia and they begin a love story in secret, as their match would not be deemed acceptable. With the help of the prince’s most trusted friend, they marry in secret.

And so begins the parallel tale of Ophelia,

the girl Shakespeare gave us in brief and tragic form, reinvented. As Ophelia's story continues we witness Shakespeare’s Hamlet unfold. The king is murdered, his brother the murderer, much death and sadness until Prince Hamlet lay dead. But just as our Ophelia began long before Shakespeare’s invention, it doesn’t end there either. Author Lisa Klein offers further thought on what happened after the stage renders its mass of dead bodies. Still, I’ll leave that ending unrevealed, only allowing that this time the tragedy offers a hope-filled rewrite.

is a wonderful story to use as a spring-board for Hamlet. The reader need not be familiar with the original in order to enjoy this story and I suspect many a young reader will want to rush off for a copy of Hamlet once finished. Klein writes within the original time-line, adding Ophelia’s point of view before, during and after the mayhem. She gives Ophelia a modern voice, yet remains true to Shakespearean speak. The Disneyesque ending is a bit heavy-handed and this reader did have a few continuity questions in regard to Ophelia’s actions, though Hamlet’s continuity is certainly something Shakespeare, himself, was toying with in his original.

Recommended as a jumping off point for the study of Shakespeare’s Hamlet, for secondary students who enjoy parallel fiction and those keen on courtly tales.

National Poetry Month: Ideas galore all across the web

Here is a hodge-podge of sites for my teacher friends:

Poets.org has great ideas for incorporating poetry ---> Here
and also on conducting a poetry read-a-thon -----> Here

Teacher Planet has complied stuff from around the web -----> Here

Read Write Think is stocked with a roundup of sites ---> Here

I have long been a proponent of using audio books in the classroom, especially with struggling readers. In so many instances, children are just not hearing the way correct reading should sound. But instead of jumping on my soapbox, I decided to share some great news!

Audible has just launched a children's literature section: AudibleKids. After perusing the site for a few hours, I can exceedingly hype the site! What's so good?